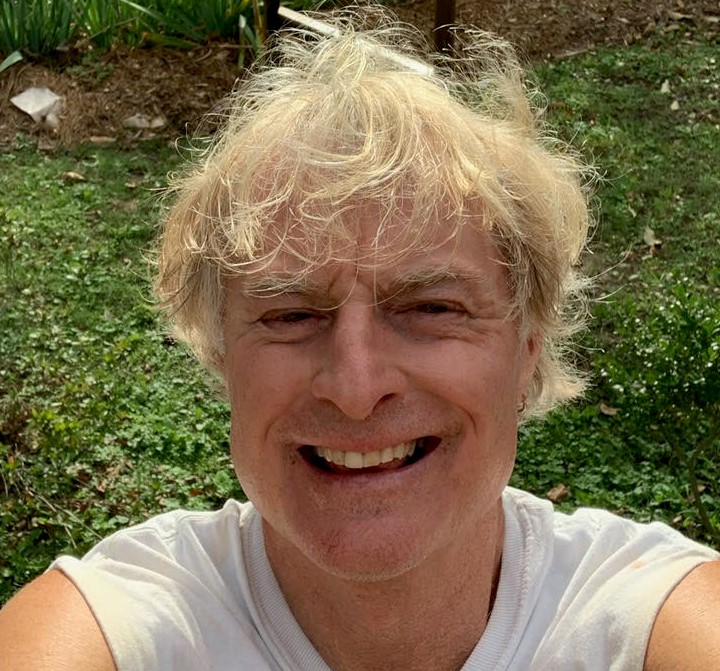 “Being homeless with the uncertainty of food is like always living in the dark. I just want to see the light,” the woman Veteran told me standing in a local Greeneville, NC grocery store parking lot. “I don’t want to be in the dark, but every day is a struggle for the things I used to take for granted.”

I had just given her the Aldis gift card my non-profit, Pamlico Rose Institute (PRI) purchased from funds the Bob Woodruff Foundation provided to help stem the tide of growing food insecurity in Veterans accelerated by the pandemic. Pamlico Rose is a board member of East Carolina Veteran Coalition and it is this organization that received the Woodruff funding. PRI’s mission is intimately connected to Woodruff’s goal as we promote a public health approach to providing wellness and healthy living programs to at-risk women Veterans. Certainly, food insecurity was affecting underrepresented and minority populations adversely as the pandemic stretched on; it even climbed the social and economic trellis hitting middle class folks. In circumstances of economic peril those individuals and families already impacted the most by risk factors that are a part of their daily existence are in more in danger of sliding off the edge of “just surviving” to no return during a prolonged crisis like COVID. 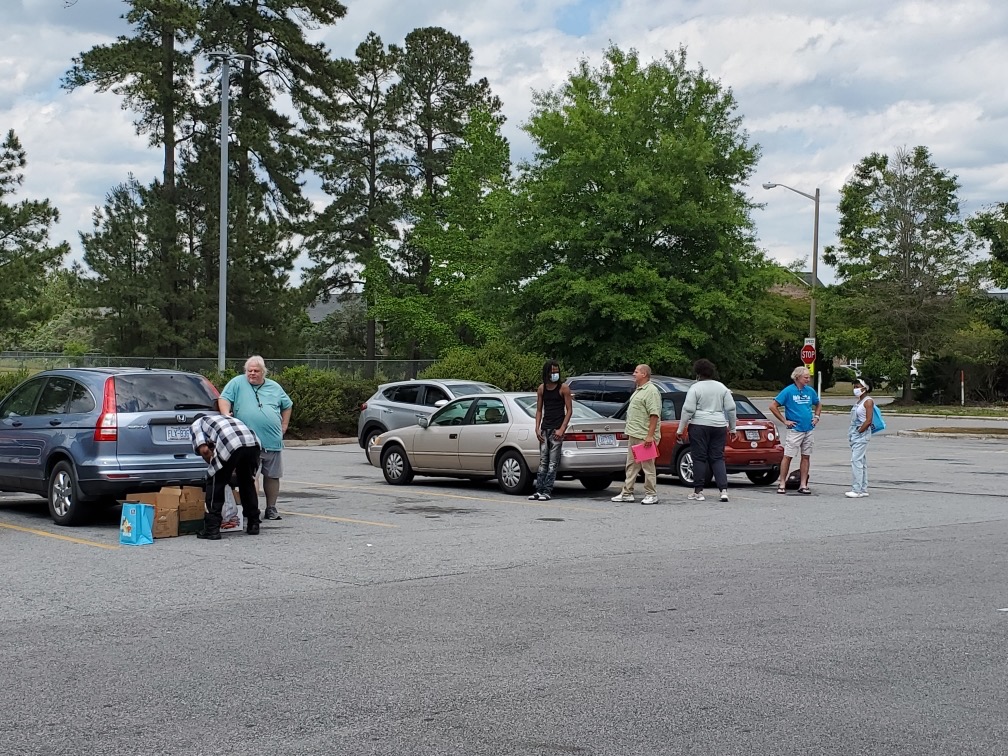 One does not have to look too far to find that food insecurity is almost always coupled with other precursors or risks that impact healthy living, such as depression, substance abuse, unemployment, homelessness and for some suicide. Food insecurity describes a condition and a circumstance. Being food insecure means a deficit of consistent access to enough food for all in a household to live an active and healthy life.

For Veteran populations, such as women Veterans, the rates of having some or most of those risk factors is higher than found in non-Veteran women, as are the rates of those who slide off that cliff and take their lives. In other words, the gift cards my colleague, Rhea Hayward, from a partner nonprofit, Disability Advocates and Resource Center (DARC), and I were handing out, $100 cards for single Veterans and $200 for Veterans with families, provided immediate relief from the anxiety and stress of depleting or depleted empty cupboards and refrigerators. Our efforts were being augmented by help from other agencies and organizations in the ECVC, such as North Carolina Works and the important support we were getting from the social workers at the VA Greenville clinic representing the HUD/VASH homeless Veteran program. Lovay Singleton-Smith, Director of the Veterans Organic Garden in New Bern, NC, and ECVC member and the Craven County Veterans Council were also identifying Veterans at-risk of food insecurity and distributing Woodruff funding. 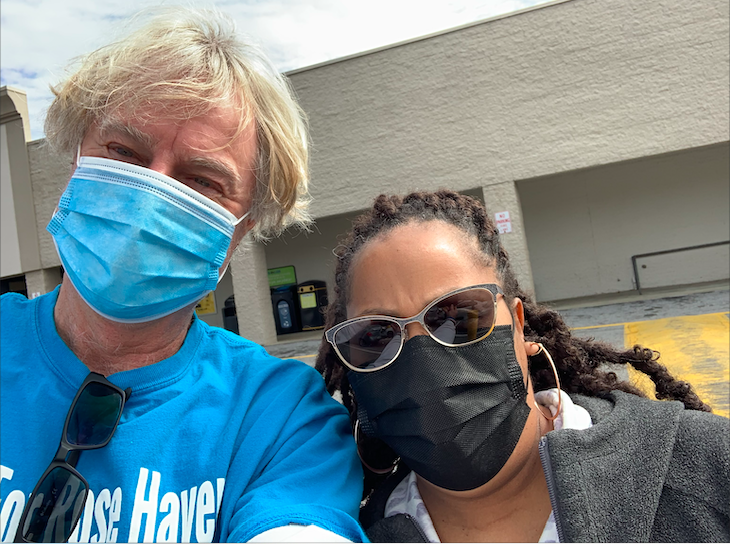 When I was a graduate student for what seemed like years (and actually was years) I lived on what smaller than modest stipend and jobs as bus driver and bartender brought in. One of the more primary feelings of comfort and contentment I felt wasn’t when I succeeded in my coursework, but when cans of food, packages of mac and cheese, ramen noodles, bread, cheese and milk piled up in my studio apartment and small dorm-room sized refrigerator. My then pre-kindergarten son would come and stay for with me for extended weekends and the need to just have food in the “house” to feed the additional mouth ratcheted up anxiety and consumed me. That was 30 years ago; some of the more vivid and visceral memories I have of that time in my life were the feast or famine feelings I had around food insecurity.

This illustration is not meant to paint that time in my life as equitable with food insecure Veterans that were receiving gift cards that day or other days. Far from it. I wasn’t dealing with the debilitating effects of trauma that the majority of women Veterans suffering from PTSD experience from military sexual trauma. I wasn’t also facing the many unique challenges facing women Veterans transitioning from active to civilian life and reintegrating into their communities. In distributing funds, we served not just women Veterans. Many were male Veterans, and had families, facing similar challenges from the effects of both physical and emotional trauma from their military experience.

Demographics of our Veterans we aided revealed an array of diversity. A majority were from underrepresented and minority populations, including Viet Nam era to those who served during Operation Iraqi Freedom and Operation Enduring Freedom. Many had disabilities that were visual, and one suspected if not familiar with at-risk Veterans, and invisible disabilities. Food insecurity in Veterans tracks with social, cultural and behavioral variables that reflect food insecurity in non-Veteran populations, but for food insecure Veteran populations, the rates are higher, as are those associated risk factors.

Providing immediate relief to these risk factors for Veterans is critical, such as funds and donations that go to directly providing food, from Aldis parking lots to food pantries and homeless shelters. But there is a long game here we are playing and that is engaging in community-based, all hands-on deck protective prevention strategy. Working to eliminate one risk will lead to opportunities to mitigate others. At the conclusion of distributing funds we served 74 Veterans and 54 family members with $10,000; the surface was scratched for now.

A women Veteran, after thanking me for the gift card, recounted a life that over the last couple of years spiraled out of control, repeating cycles of substance abuse, homelessness, rehab, then a tipping point and repeat cycle. The day she received the gift card was her first day sober. I gave her one of our challenge coins with the words “Wellness. Courage. Resilience. Veteran” circling the outer perimeter of the coin’s face. When your life goes sideways, I said, find the coin and fold it into your palm and let it be your rock. She sent me an email the next day thanking me for the coin. “Day two of being sober,” she wrote. Day two. The journey has to begin somewhere; better today than tomorrow. The $100 gift card momentarily flicked on the light switch, buying her a little light for the day. 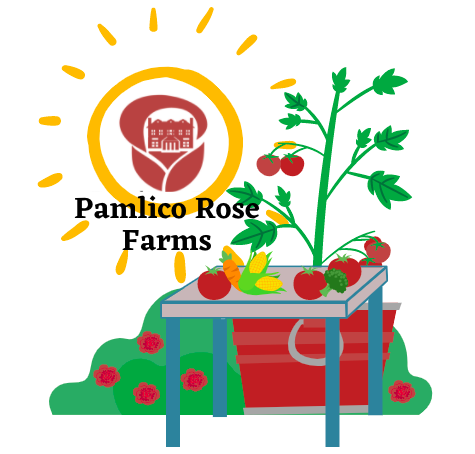 Pamlico Rose Institute (PRI) is a Washington, NC, nonprofit 501(c)(3) with a primary mission to advance wellness and resilience-building (Total Life Fitness/TLF) programs for women Veterans promoting healthy living and positive prevention strategies. TLF involves meaningful and persistent attention to daily activities that rest on the intersection of nature, creative expression, movement and building community. Living fit also utilizes behavioral and interpersonal skills to build and engage a supportive community. Finally, TLF includes self- transcendence – connecting to others, a cause or beliefs beyond self – as an important element in living fit.

PRI’s home is the Rose Haven Center of Healing and includes a renovated 1892 farmhouse, an adjacent historic barn soon to be renovated as a multipurpose support facility, and 1/2 block of healing landscape composed of the Betty Ann Sands Artful and Healing Gardens, with a meditation area, garden labyrinth and the raised bed produce gardens. The Center hosts retreats and day programs and is home for woodworking and gardening programs for Veterans and community members. PRI’s efforts also involve virtual and online wellness and resilience programming to help reach a greater audience and hosting events and activities to raise awareness of issues affecting women Veterans and other Veteran populations.